Pierre le Faguays was born in Nantes, he studied under Vibert at the École des Beaux-Arts in Geneva, He was a French sculptor of elegant female figures, monuments, ceramics and figurative lamps, working in a pure Art Deco style comparable to the work of Demetre Chiparus. Pierre Le Faguays captured public attention with his early exhibitions of exuberant dancing figures.

Fayral on his art metal pieces and Pierre Laurel on some of his bronze sculptures. Fayral was a family name, his wife was Raymonde Guerbe and many of her art metal scupltures were also produced by the Le Verrier foundry.

Le Faguays was a leading sculptor and his work is frequently praised for its high quality and attention to anatomical accuracy.

He most often worked on a live model, that results in very dynamic sculpture of women in motion. Togehter with Marcel Bouraine, he also produced designs for Goldscheider in Paris under the ‘La Stele’ label. He worked in several mediums including bronze, spelter, ivory, stone, wood, alabaster and ceramics.

Le Faguays studied with his friend Max Le Verrier and was a good friend of Marcel Bouraine. The Le Verrier foundry produced many of the Le Faguays statues in art metal. All three had studied together at the Beaux Arts in Geneva and remained life-long friends.

After the Second World War, he found himself painter on the Place du Tertre in Montmartre. 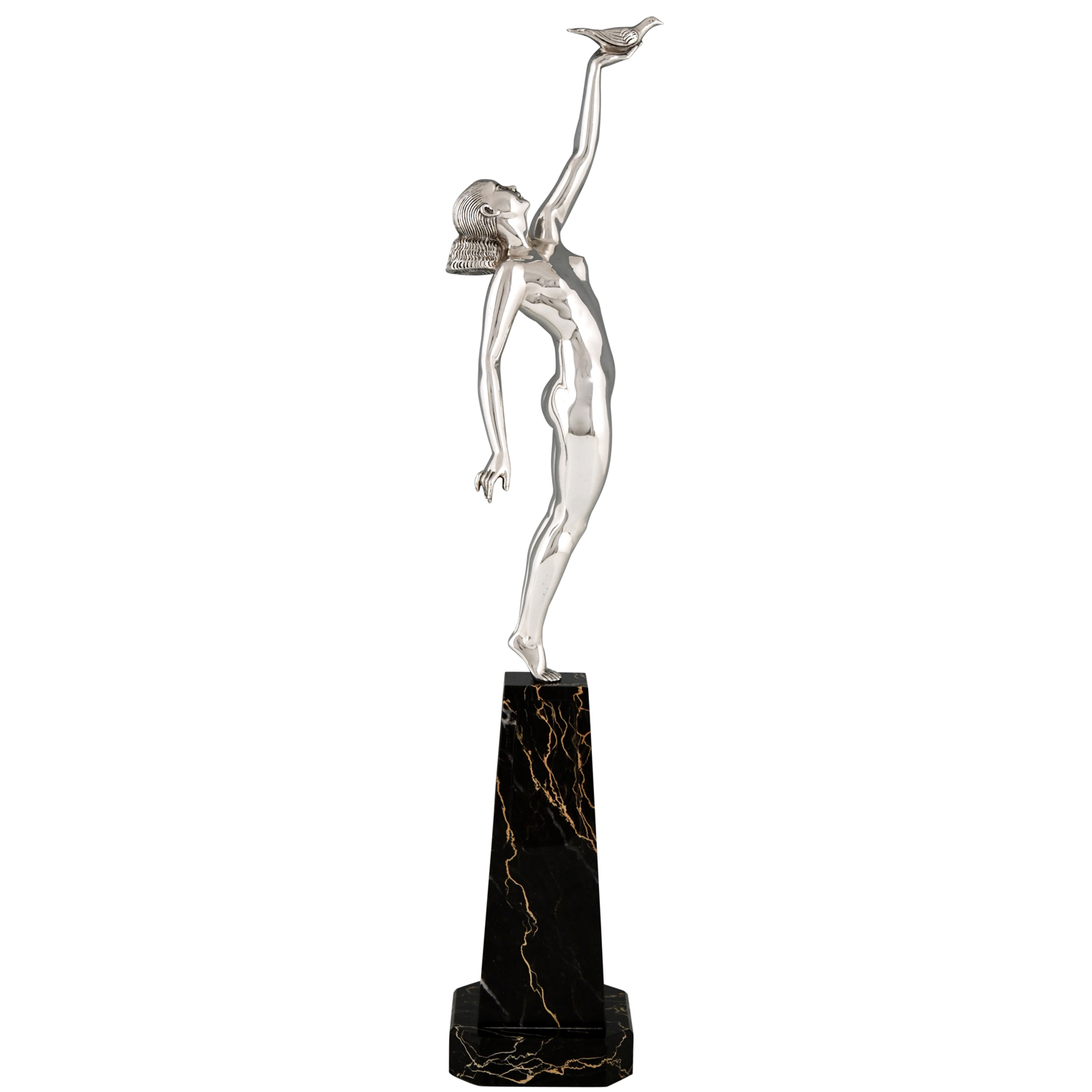 This website uses cookies to improve your experience while you navigate through the website. Out of these, the cookies that are categorized as necessary are stored on your browser as they are essential for the working of basic functionalities of the website. We also use third-party cookies that help us analyze and understand how you use this website. These cookies will be stored in your browser only with your consent. You also have the option to opt-out of these cookies. But opting out of some of these cookies may affect your browsing experience.
SPEICHERN & AKZEPTIEREN